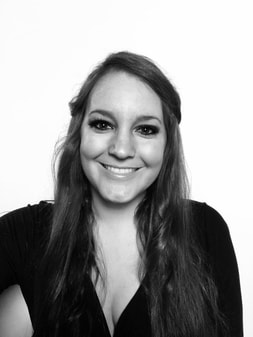 Katharine E. Hamilton began writing in 2008 and published her first children’s book, The Adventurous Life of Laura Bell in 2009. She would go on to write and illustrate two more children’s books, Susie At Your Service and Sissy and Kat between 2010-2013.

Though writing for children was fun, Katharine moved into Adult Fiction in 2015 with her release of The Unfading Lands, a clean, epic fantasy that landed in Amazon’s Hot 100 New Releases on its fourth day of publication, reached #72 in the Top 100 in Epic Fantasy, and hit the Top 10,000 Best Sellers on all of Amazon in its first week. It has been listed as a Top 100 Indie Read for 2015 and a nominee for a Best Indie Book Award for 2016. The series did not stop there. Darkness Divided: Part Two of The Unfading Land Series, released in October of 2015 and claimed a spot in the Top 100 of its genre. Redemption Rising: Part Three of The Unfading Lands Series released in April 2016 and claimed a nomination for the Summer Indie Book Awards.

Though comfortable in the fantasy genre, Katharine decided to venture towards romance in 2017 and released the first novel in a collection of sweet, clean and wholesome romances: The Lighthearted Collection. Chicago’s Best reached best seller status in its first week of publication and rested comfortably in the Top 100 for Amazon for three steady weeks, claimed a Reader’s Choice Award, a TopShelf Indie Book Award, and ended up a finalist in the American Book Festival’s Best Book Awards for 2017. Montgomery House, the second in the collection, released in August of 2017 and rested comfortably alongside its predecessor, claiming a Reader’s Choice Award, and becoming Katharine’s best-selling novel up to that point. Both were released in audiobook format in late 2017 and early 2018. Beautiful Fury is the third novel released in the collection and has claimed a Reader’s Choice Award and a gold medal in the Authorsdb Best Cover competition. It has also been released in audiobook format with narrator Chelsea Carpenter lending her talents to bring it to life.

In August of 2018, Katharine brought to life a new clean contemporary romance series of a loving family based in Ireland. The Siblings O’Rifcan Series kicked off in August with Claron. Claron climbed to the Top 1000 of the entire Amazon store and has reached the Top 100 of the Clean and Wholesome genre a total of 13 times. He is Katharine’s bestselling book thus far and lends to the success of the following books in the series: Riley, Layla, Chloe, and Murphy, each book earning their place in the Top 100 of their genre and Hot 100 New Releases. In March of 2018, Claron was featured in Amazon’s Prime Reading program for three months.

She is a member of Women Fiction Writers of America, Texas Authors, IASD, and the American Christian Fiction Writers. She loves everything to do with writing and loves that she is able to continue sharing heartwarming stories to a wide array of readers.

Katharine graduated from Texas A&M University with a bachelor’s degree in History. She lives on a ranch in south Texas with her husband, Brad, and three year old son, Everett.